A downloadable game for Windows

This is a World War II flight simulator.

You have to play the role of a pilot of the British Air Force and take part in air battles for Britain. As you complete missions, you will have to engage in battle with enemy fighters, storm ground and sea targets, accompany the Allied bombers and guard the caravans of the Allied ships.

To study the management of the aircraft, pass the training mission.
At the beginning of the game, I recommend that you first improve your piloting and shooting skills. This will give you the opportunity to successfully defeat enemy fighters. In the first missions, attack ground targets (more experience to level up).
If experience is not enough, go through the first mission several times.

Before each mission, make sure that you choose the optimal type of aircraft.
Bombers and torpedo bombers are not the best fighters in the dog dump.

When creating a character, pay attention to the launch aircraft.
Each "starting" aircraft opens up a new developmental trend - Hurricane, Spitfire, Fulmar and Corsair.

Missions are varied. This is a patrol of the area, air battles with enemy fighters, escort of Allied bombers, protection of maritime convoys, search for enemy submarines, protection of cities from bombing by enemy aircraft, attack of the Vargate ships, destruction of FAA missiles and more. Some missions can take more than one hour to complete.

I wish you good luck in a dogfight.

In order to download this game you must purchase it at or above the minimum price of $10 USD. You will get access to the following files: 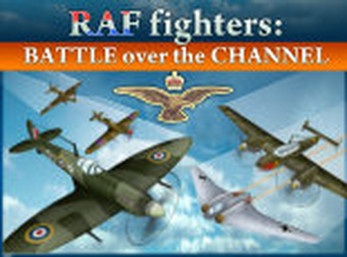 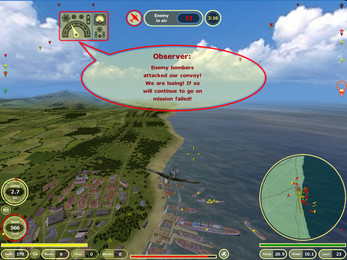 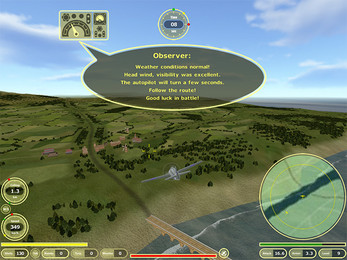 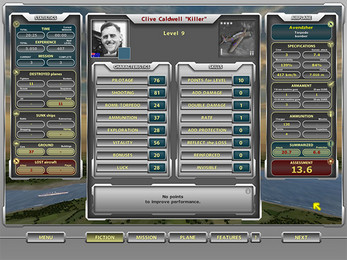